A family business since 1857 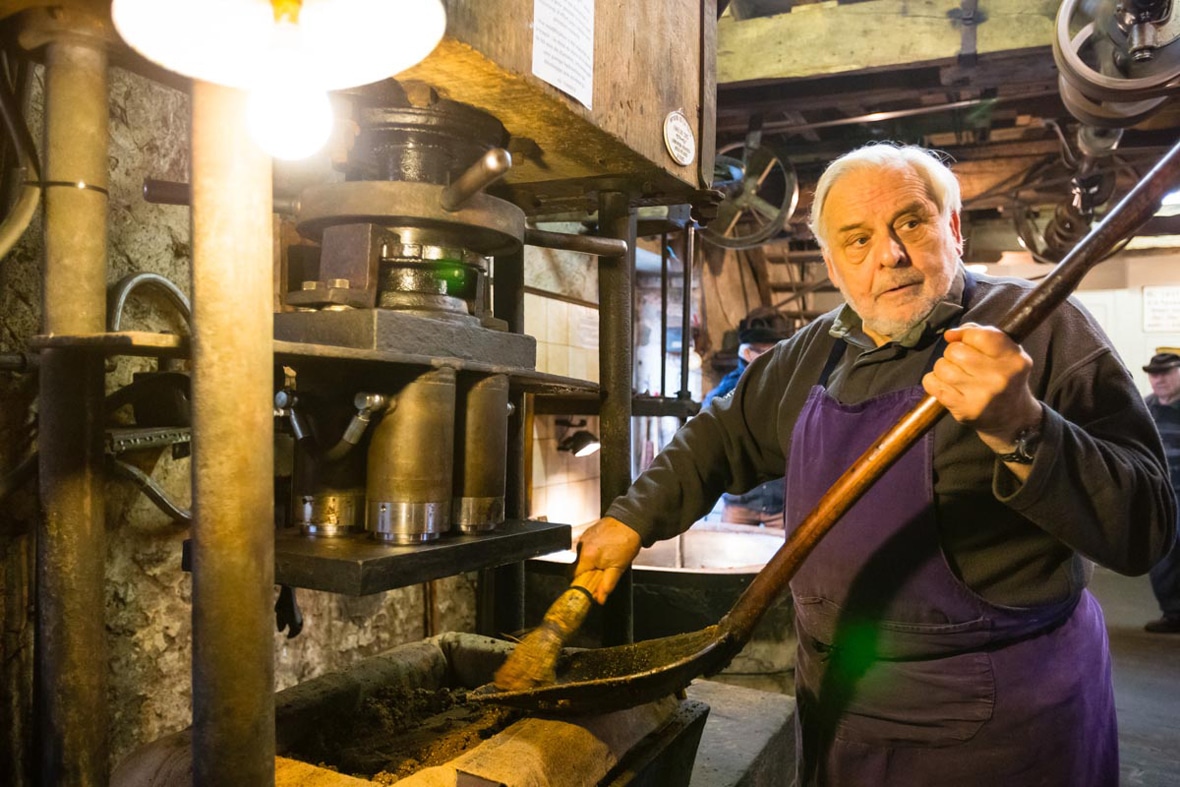 The mill is almost a thousand years old: its origins date back to the 13th century! This is the last water powered mill of the Vern Valley whereas there use to be 31 water mills in this region in the 18th century. Le Moulin de la Veyssière is definitely storied in history.

Since 1857, we make walnut and hazelnut oil in the great Périgord tradition and with an ancestral know-how.

The first step of the fabrication process is to crush the walnut and hazelnut fruits with a 500-kilo flint wheel.

Once the fruits are crushed, the paste is then slowly heated in a cast iron pan: at 80 degrees for about an hour. The cook releases the full aroma of the fruits and gives a long shelf life to the oil while conserving its nutritional properties. This is the most determinant step of the production as it will give the oil its toasted walnut taste.

Once perfectly cooked, the paste is put into the press and wrapped in a canvas called “scourtin”. This canvas is designed to filter the oil while resisting to heat and pressure.

Under a 40-ton pressure, the oil will flow and the paste block left in the press is called “tourteau”.

The oil is then left to settle for 2 to 3 weeks and finally bottled with no additives or preservatives.